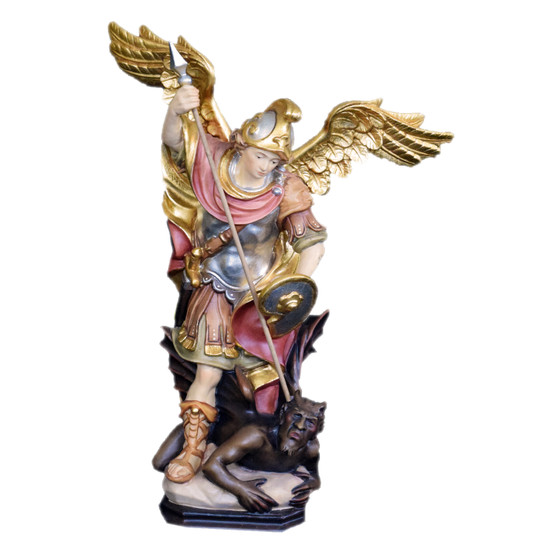 When the Satin and his followers rebelled against God, God appointed St. Michael the task of defeating Satin's legions and casting them out of Heaven.

This statue depicts the victory St. Michael achieved for God.

Satin is held under foot, the shaft of the spear of righteousness held to his head. Satin lays prostrate, utterly conquered by loyalty to God and His goodness.

This great victory is a symbol of the incompatibility of good and evil, love and hate, obedience to God and rebellion against Him, and the triumph of God's goodness through those He empowers to achieve His will.

The statue is approximately 14 inches high.