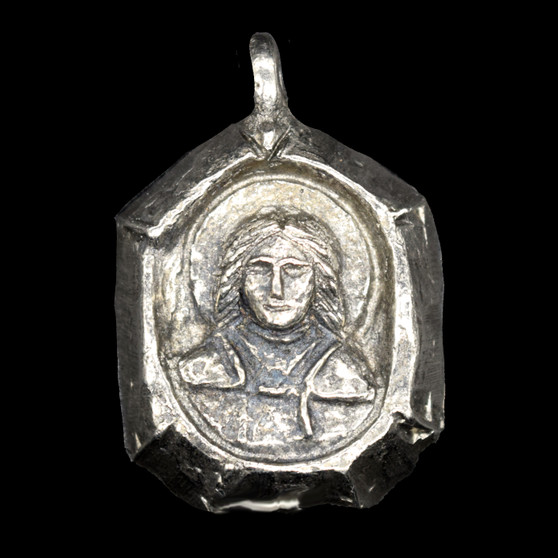 St. Joan of Arc was a young peasant woman in France at a time that England occupied much of the French nation.  One day while working in the fields near her village she heard the voice of angels telling her that God willed her to raise an army and save the French nation.  She did so, and after victory in battle she was captured by French nobles allied with the English and put on trial.  Eventually, she was condemned to death and burned at the stake at the age of about 19.  Later a court appointed by the Pope found her innocent an declared her a martyr.  She was declarred a national symbol of France and canonized in 1920.  Today she is held as a courageous and holy woman who saved her nation and culture from foreigners.

This medal honors this great saint and the courage she demonstrated in doing God's will.

This lead-free pewter medal is hand made in the USA.