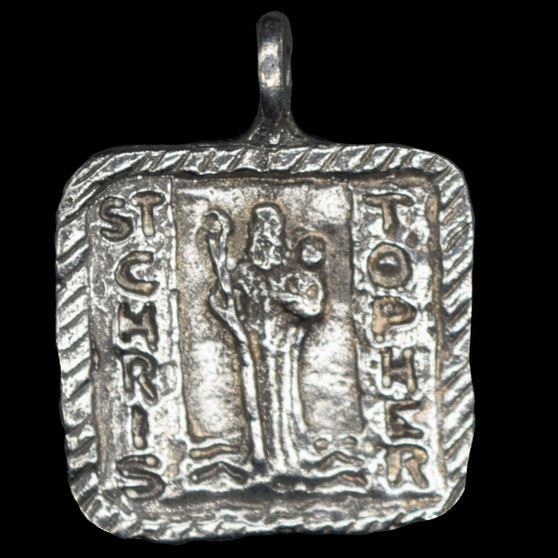 St. Christopher was a tall and strong man.  In the days of the Roman Empire, when he lived, there were not bridges or ferry service across all the rivers travelers needed to traverse.  Big and strong men like Christopher would carry travelers and their baggage across the water for a fee.  Travelers willingly paid for this service so they and their baggage could stay dry.

This lead-free pewter medal was hand made in the USA.