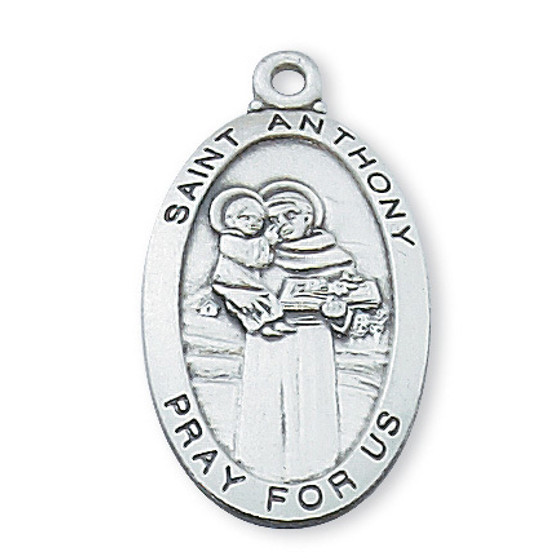 Anthony of Padua, also known as Anthony of Lisbon, was a Portuguese priest and Franciscan Friar.  He was born and raised by a wealthy family in Lisbon, Portugal.  He died in Padua, Italy.  Noted by his contemporaries for his powerful preaching, expert knowledge of scripture, and undying love and devotion to the poor and the sick, he was campmozed 10 months after his death. No saint was canonized more quickly after death and none has been canonized since in so short a time after death.  This is of course great testimony to his holiness.  He was proclaimed a Doctor of the Church on 16 January 1946. He is the patron saint of the poor, the finder of lost things, and the saint of small requests.