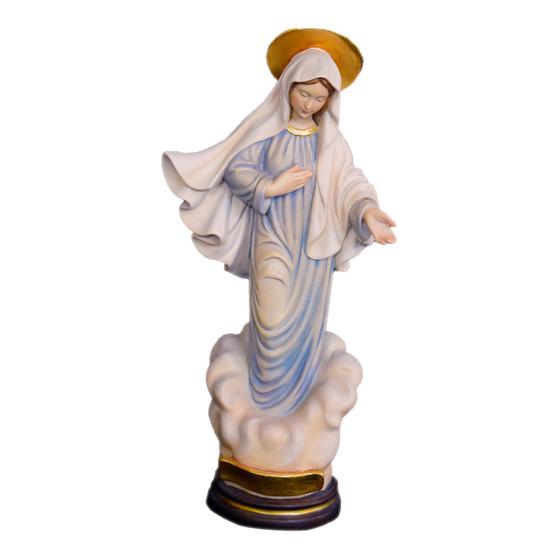 On June 24, 1981, young Mirjana Dragićević and Ivanka Ivanković reported seeing an apparition of the Virgin Mary in a village in what is now in Bosnia and Herzegovina. The following day another vision was reported by Mirjana and Ivanka and this time four other young people reported seeing it as well: Marija Pavlović Jakov Colo, Vicka Ivanković, and Ivan Dragićević.

The teenagers claim that they saw an apparition on a local hill of a young woman with an infant in her arms. Our Lady appeared several times to the children. One of her messages was a tearful warning of the terrible coming war. Many were baffled by this message, wondering what coming war Our Lady could possibly be warning about. Not too many years later of course, Bosnia and Herzegovina was wracked by many years of tragic war and horrible massacres of the innocent, resulting in more deaths than Europe had seen since World War II.
n May 12, 2019, the Vatican officially authorized pilgrimages to Medjugorje. The first Vatican-sanctioned pilgrimage took place for five days in August 2019. Aapproximately 60,000 young Catholics from 97 different countries took part in the celebration of a youth festival. Fourteen archbishops and bishops, and about 700 Catholic priests joined the festival.

The statue is approximately 13 inches high.