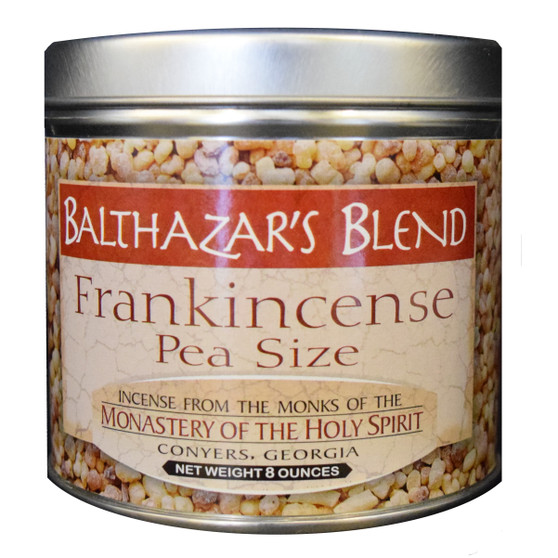 One of the gifts of the Maji, frankincense was a prized incense in ancient times.  It remains so today.  At the time of Christ, frankincense was more valuable than gold.  Frankincense has an aroma that varies both by species as well as soil and even weather conditions. However, in general, it could be described as aromatic, musty pine, often with notes of citrus and spice, or at times an earthy scent. Eight ounces.